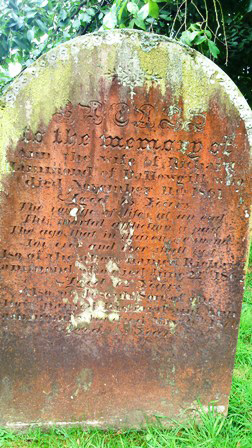 SACRED to the memory of Ann the wife of Richard Hammond of Dallowgill
who died November 11th 1861. Aged 73 years.
The voyage of life is at an end. This mortal affliction is past.
The age that in heaven we spend, For ever and ever shall last.
Also of the above named Richard Hammond who died June 22nd 1862.
Aged 72 years.
Also of Joseph son of the above named Richard and Ann Hammond
who died May 6th 1870. Aged 45 years.