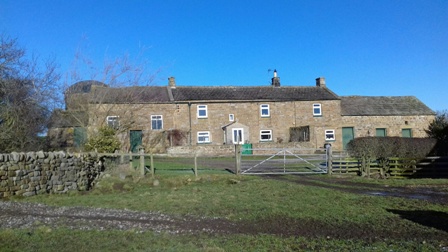 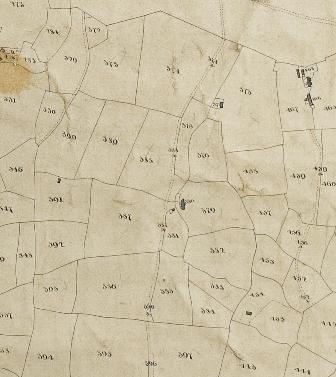 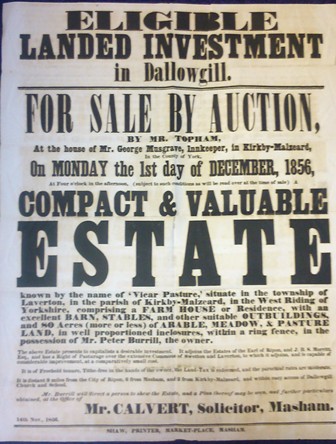 Burrill and Mortgages to Weatherhead Requisitions on Abstract

Q1 It must be shown that the property is no longer chargeable with the Legacies mentioned in John Burrill’s Will of 1759.
A1 It may be safely presumed of this remote period that the legacies charged on the Estate by this Will have been discharged long ago. The Vendor is not aware of the existance of any Legacy Receipts. Cannot the legal receipts be produced?

Q2 Some proof of Identity of the property mentioned in the above Will with the property sold must be given.
A2 A Statutary Declaration shall be made by some person who has been acquainted with the property for the last 30 years that the same has been in possession for that period of the Vendor and his ancestors. See further requisition No. 1

Q5 Was Rye Wood Close devised to Leonard Burrill by the Will of 1759?
A5 Rye Close was devised to John Burrill and the wood growing and to grow thereon was given to Leonard. It is now the absolute property of the Vendor.
See further requisition No. 3.

Q6 It must be shewn that the property is no longer chargeable with the annurity and debts and legacies mentioned in the Will of John Burrill of June 1820.
A6 The Legacy to Elizabeth Burrill (afterwards Peacock) was also released by the Deed Poll of Oct. 1829. And the annuitant is dead as appears by the same Deed. All the Debts of John Burrill have been long since satisfied and have always been so treated in subsequent dealings with the Property

Q7 Are the Grantees mentioned in the Indenture of August 1856, Trustees?
A7 It does not appear from the Deed that they are Trustees.
See further requisition No.4

Q8 By the 4th Condition of Sale the Vendor agrees to deliver an Abstract and deduce a clear Title to the Inheritance in fee simple thereof free from incumbrances. It appears by the abstract that the property is subject to two separate and distinct Mortgages (which at present are Incumbrances). How does the Vendor propose to get in these Incumbrances?
A8 The mortgages will be paid off out of the purchase money and the mortgage will release in the usual way in the Conveyance to the purchaser.
See further requisition No.5

Q9 Are there any Judgements etc registered against the property?
A9 I am not aware of any.

Q10 Is the Vendor married? If so when did the marriage take place?
A10 Yes. Insert date of marriage

Q2 The Requisition applies to Legacies independant to those left to Elizabeth Burrill afterwards Peacock. The Deed Poll only applies to her legacies and is only executed by her and her Husband.
A2 The only other Legacy is one of £20 to the present vendor.

Q3 The Abstract does not shew that Rye Close Wood is the absolute property of the Vendor, this must be supplied.
A3 Rye Close Wood forms no part of the estate contracted to be sold to Mr Weatherhead, the Vendor cannot therefore be called upon to shew a title to it

Q4 This Requisition is not answered; the question asked is;
Are the Grantees Trustees?
A4 The Vendor cannot answer this Query. They are Mortgagees and will join in the Conveyance.

Q5 It will materially increase the Cost of the purchasers Conveyance making the Mortgagees parties; but we have no objection whatever to the proposed plan but the Vendor must make the Vendee some allowance for the extra cost and as the Wife of the Vendor appears to be entitled to Dower she will also be a necessary party and will have to join in and acknowledge the Deed and this cost must also be borne by the Vendor in accordance with the 4th Condition of Sale.
Q5 Two mortgages on an estate are not unusual, and the length of the Conveyance will not be increased whereby the Vendor can be called upon to contribute to the expense of it. The Wife of the Vendor will join in the Conveyance, and the Vendor will have the Deed acknowledged by her at his own expense.