Past, Present And Future


John Wesley continued to travel the country where he mainly visited poor neighbourhoods, and most of the people who attended his meetings were industrial workers or agricultural labourers. Wesley’s main message was of God’s love. He told the people who attended his meetings that if they loved God in return, they would “be saved from sin and made holy”. He encouraged people to work hard and to save for the future and warned against the dangers of gambling and drinking. Although there were Methodist ministers, John Wesley encouraged people who had full-time jobs to become lay preachers. This gave working people valuable experience of speaking in public. 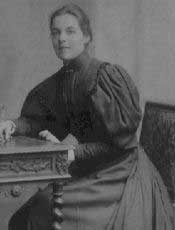 The 19th Century
In 1795 the Ripon Methodist Circuit was formed and Dallowgill was part of this.
George Wharton was a Local Preacher from Dalagill in the Ripon Circuit. He died aged 112 and is buried in Kirkby churchyard. Jonathan Graham, Preacher, mentions that services were held in an old house on Coal Hill in Bowes Fields, but no date known.
It is also said that meetings were held at 2 houses called Piney Park, which were between Harper Hill and Dallow, but were demolished in the early 20th century. The 1841 census has Anthony Ashby (and family) and Charles Hayton (and family), both agricultural labourers, living in 2 properties called Piney Park, between Newmanchester and Crosshills.

The First Chapel
In 1816, a trust was formed by 15 men, 10 from Dallowgill, and a piece of land was bought for £2.10s from Anthony Ashby at Greygarth, to build a chapel, measuring approximately 9yds by 6.5yds. It was built below the SW corner of the present chapel. Bounded on west by land owned by Richard Pearson, on south by land owned by John Lofthouse, on east by road to Kirkby Malzeard, on north by field called Backgarth owned by Anthony Ashby, from where the land was taken.

This land was part of a parcel sold by John Carling to Anthony Ashby in 1813 for the remainder of the 950 year lease from Sir Marmaduke Wivell of Constable Burton in 1620.

Greygarth was the largest collection of houses in Dallowgill at the time, which is probably why it was chosen for the site of the Chapel. In the 1841 census there were 8 households.

The New Chapel
In 1885 more land was purchased from the Marquis of Ripon for the token sum of £3, and the old chapel was demolished. Mr Robert Ashby was the tenant. Land to the west was partly owned by Mr Henry Pearson. A new chapel was built of stone, in the Gothic style, 36ft by 24ft, estimated cost £263, by Brothertons of Kirkby Malzeard. The stone came from a quarry at Swetton, in the wood below Swetton Farm near the beck. The foundation stone was laid on Friday 12th June 1885 by Mrs W. Thompson of Ripon – a bottle containing the Ripon Gazette for that day and other documents were buried beneath the stone. The Chapel was opened on 19th October 1885. 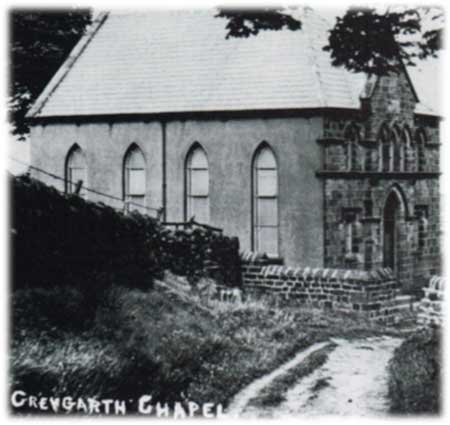 Preachers
In the Ripon and Masham circuit preachers have to travel about 10 miles to Dallowgill and in the early days there were few Dallowgill preachers. Early in the 20th century a horse and trap would be hired from Mr Harbisher, a grocer and cab proprietor of 80 Allhallowgate, Ripon to take the preacher up to Dallowgill. He would dine at Dallow, stable the horses, then walk the rest of the way through the fields to the Chapel as it was considered too hard going for the horses. Mr Harry Richmond left his horse and trap at Knott. In the 1920’s Mr J. Rayner would walk from Ripon to Greygarth to preach then walk home again.

Early 20th Century
1905 A new harmonium was installed and Anthony Ashby was the organist.
From about 1906 the Sunday School, previously held in St Peter’s Church, was held in the Chapel and led by William Graham, John King and Peter L Burrill. Annual Sunday School Treats before and during the first World War were in horse drawn wagonettes like Miss Almack’s. Destinations were quite local – How Stean (1908), Brimham (1909), Redcar (1911, possibly by train), Harrogate (1913), Hackfall (1919).


The sand was from a pit in Dallow Wood, thanks to Leeds Corporation Waterworks Dept. Over 30 loads were dug out by local men including Peter Burrill, William Lobley and Carter Watson, and all the materials were led to Greygarth by Jack Barker, John King, William Burrill, Wilfrid Trenholme, Frank Sidgwick, Eric Spence and Jim Newbould.

The stone for the Schoolroom doorway was taken from Greygarth Hill and dressed by Carter Watson.

A row of inscribed stones at the base of the south wall, laid on 24th June 1930, helped to raise funds. A list of subscribers is available.

The Schoolroom
The Schoolroom was opened on 3rd September 1930 by Mr and Mrs S.Moss of Ripon (Moss’s Arcade). A building out the back housed toilets and a coke house. 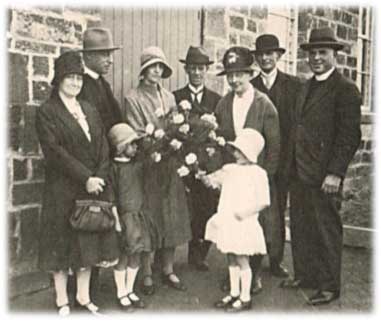 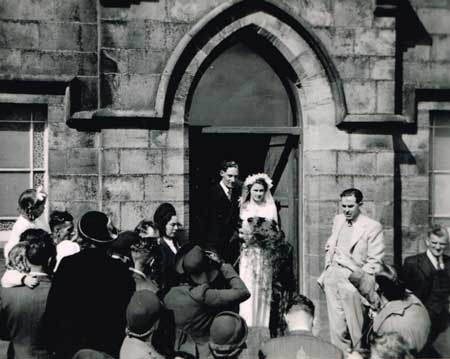 
The literature says that before 1956 funeral services were normally held at St Peter’s for convenience as Methodists were buried in the churchyard there. When St Peter’s Churchyard was closed for burials, funerals were held at the Chapel, before internment at the new cemetery by the Chapel of the Resurrection. The coffin was often carried all the way to the churchyard by friends or relatives.

In 1956 James Chandler from Bents was the first recorded baptism at the Chapel. Before that children were often baptised at home and records are patchy.

The Chapel was connected to the farm’s water supply instead of having to carry water up in buckets and churns. An electricity supply was also connected. An electric boiler was used alongside the gas boiler.


A Tribute to Dallowgill Chapel, by Ronnie Robson

Printed in Ripon Gazette in June 1985

Four square to all the winds that blow,
And all the rain which falls,
Oh! Greygarth Chapel standing high.
How sweet those hallowed walls.
Westward the windows still look out
On heather covered slopes,
While to the east, a vista fair,
Of farmyard joys and hopes.
The folks of Dallowgill have come
Faithfully through the years
To see young couples wed with smiles
And loved ones mourned with tears.
To gaze at lovely Dallowgill
Although the tracks have gone,
Brings visions back of olden days
When footpaths all led on.

Up hill and down, through woods and fields,
All trod by faithful Methodists,
Who came here week by week
To hear His word and sing the hymns
To tunes we know today.
“Oh! for a thousand tongues to sing,”
“Oh! hear us Lord we pray.”
Love Feasts there were, but these are gone,
But Harvest Homes survive
With “Come you thankful people come,”
The Chapel comes alive.
So was it then, so is it now,
So may the Chapel be,
For future generations
A meeting place with Thee.

So, what does the future hold for Dallowgill Chapel?
It’s up to us……